This is article 4 of 4 in the series “Deploying WordPress”

In my last article we looked at how to use some popular hosted services to set up automated deployments for our WordPress site.

In this article, we’re going to look at a specific type of deployment that can be used to eliminate downtime during a deployment and make your site always available to your users.

The idea of atomicity comes from the world of databases where a transaction executes completely or not at all (to avoid partial updates being executed). In deployment terms, this means that a deployment will only be “published” once it has finished successfully without having any effect on the existing code running on the server.

Why Use Atomic Deployments?

Atomic deployments are particularly useful in situations when a deployment might take some time (e.g. when you have lots of files to deploy or slow migration to run) or if you have a requirement of minimal downtime.

For example, if you run a high traffic e-commerce site the last thing you want is for your customers to see the dreaded White Screen Of Death during your deployment (especially if they are in the middle of checkout). In theory, this could happen at any point during the deployment. While uploading files to the server, while running commands such as composer install etc. We have even run into this issue ourselves for deliciousbrains.com 😬 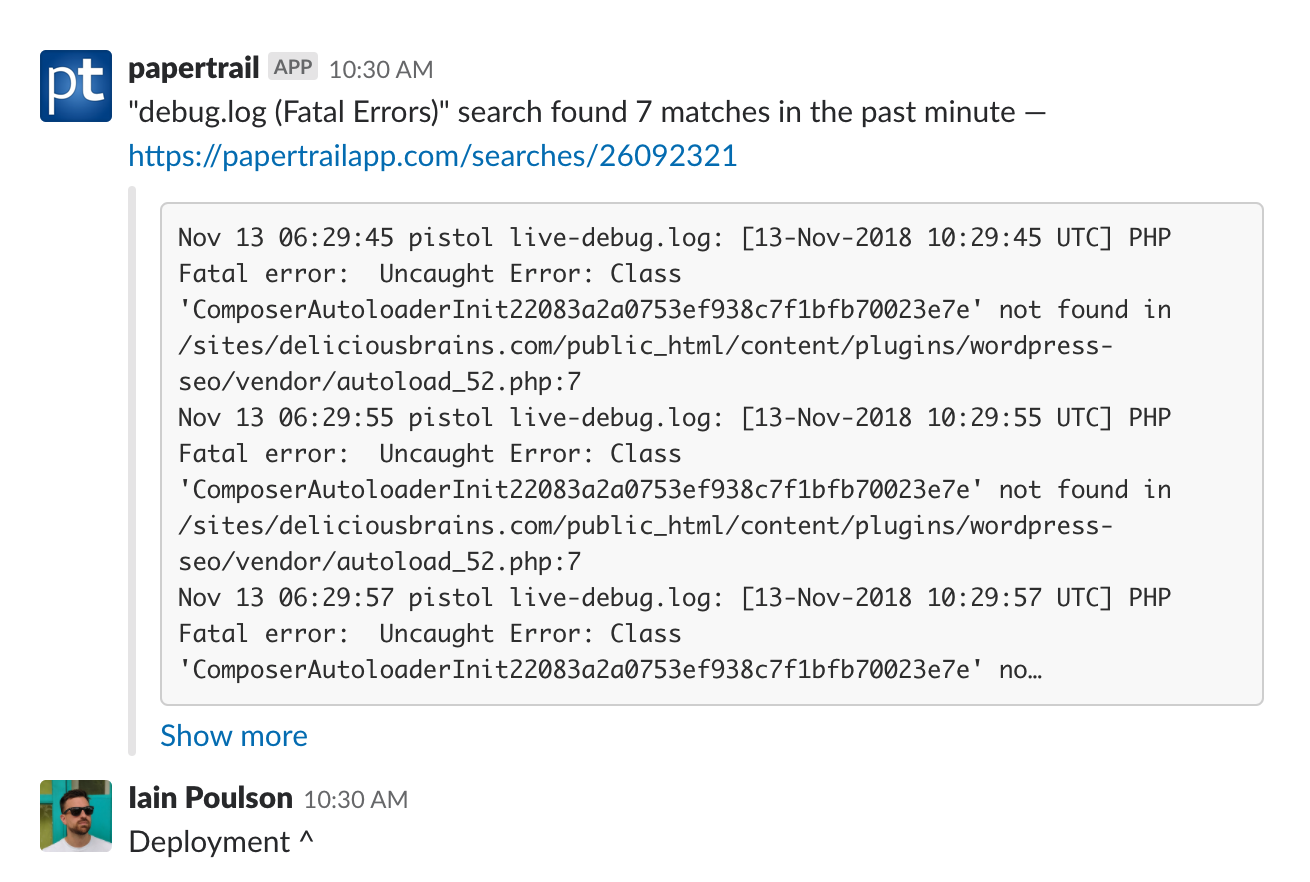 Another advantage is that you no longer need to worry about setting maintenance windows and having to hold off on rolling out updates until specific times when your site is quiet. This might be especially important if you need to deploy a time-sensitive security fix, for example.

How does it work?

Usually, atomic deployments work by triggering a script on your server after all of your files have been uploaded to your server. The process looks like this:

One of the advantages of keeping a short history of releases in the /releases directory is that it makes it easy to rollback to an old version of your site if you need to. As a rollback would literally just be step 3 from the list above, it means that a rollback is also an “atomic” step and would have no downtime.

Using a WordPress example, say you have deployed your site and have the /current directory symlinked to:

When you upload a file to WordPress it will be stored in:

However, when you deploy your site again the /current directory symlink will point to:

WordPress will then, of course, fail to find any files in /releases/2/wp-content/uploads as those files don’t exist on the filesystem. So how do we solve this issue?

The solution to this problem is actually fairly simple. We just need to move the wp-content directory out of the /releases deployment directory and up to a level when it can be shared by every release. In the end, the directory structure might look like this:

So let’s get down to it. Here is the deployment script we are going to use to enable atomic deployments on our WordPress site:

Stepping through this script:

Note: I’m assuming here that you have already uploaded the deployment files to the /deploy-cache directory and this script is being triggered after the upload is complete. The actual triggering of the deployment script can be done in many ways. I’ve discussed a few possibilities in previous articles in this series, such as using WebHooks, a CI service or using a hosted service.

One other thing I should mention is that the script above is very basic and only covers the actual “atomic deployment” part of the process. Most deployment scripts will probably end up being more advanced and need to add extra steps (e.g. running composer install, running migrations, clearing the cache etc.).

This is article 4 of 4 in the series “Deploying WordPress”

As founder of SpinupWP, Brad has worn many hats. Although he has a background in development and system administration, he spends most of his time helping the SpinupWP team with product management, UX, roadmap, and marketing.