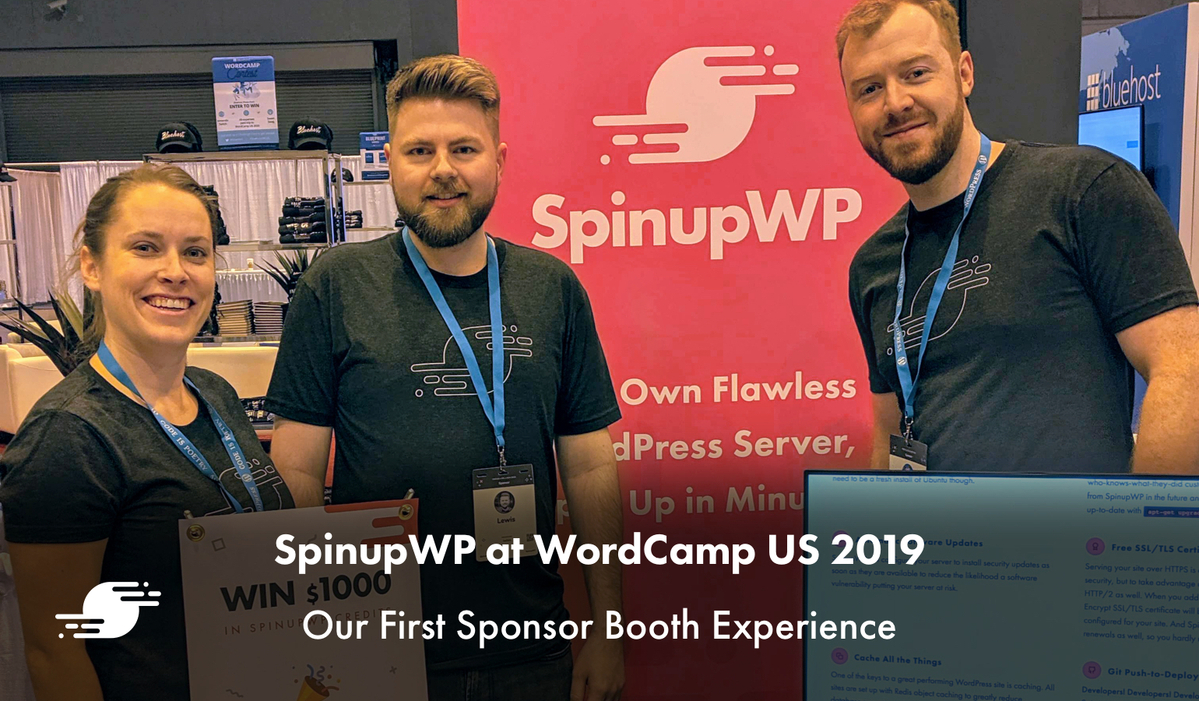 SpinupWP at WordCamp US 2019: Our First Sponsor Booth Experience

A few weeks ago the team flew out to St. Louis, Missouri to attend WordCamp US 2019. Our goal was to raise the awareness of SpinupWP as well as speak with existing customers about what they thought of the product so far.

It was our first time attending a WordCamp as a sponsor, and the amount of positive feedback we received from customers left the team feeling super inspired and even more excited for the future of SpinupWP!

This was our second WordCamp of the year as the team had also attended WordCamp Europe in Berlin back in June.

But before I delve more into the actual event itself, I just wanted to touch on a few things.

Meeting for the First Time

For those that do not know, our team is distributed and totally remote. And if it isn’t obvious, remote working comes with an abundance of perks. For example, as someone that lives in the densely populated city of London, I can safely say that I do not miss my hour-long commute into the city on a cold winter’s morning.

That being said, I find it very difficult to feel like I “know” someone until I have met them in person. So I think that it’s great that the team gets together for annual retreats and events as it goes a long way in establishing a culture and building personal relationships.

Meeting one of your co-workers for the first time is strange, to say the least.

They might be a foot taller than you’d imagined. Or they might go in for a handshake and you go in for a hug instead. Yes, this happened the first time I met Ash at the airport… Awks. 😐

Ash and I arrived in St. Louis after 12 hours of flying and instantly did the British thing of complaining about the sub-zero weather. It’s a good thing the team discussed the expected cold weather in advance, as I was planning to pack shorts and t-shirts and bask in the Missouri sun.

We checked into the Courtyard by Marriott hotel and the room booked for us was pretty great. It was big enough to sleep 5 people, easily.

Also, this hotel was literally a stones throw from the America’s Center Convention Complex, where the conference was being held. This was great as it meant we could leave our hotel room and be at our booth in only a few minutes. 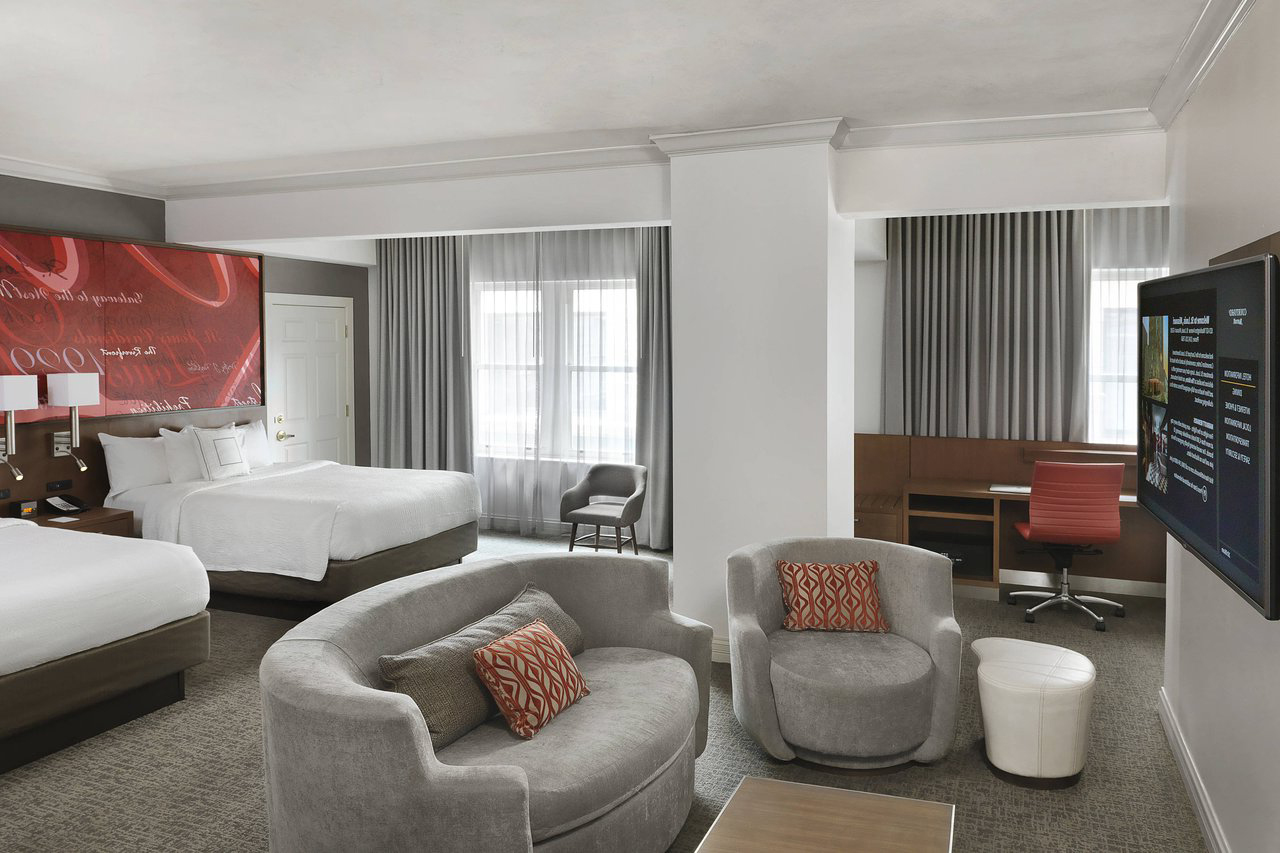 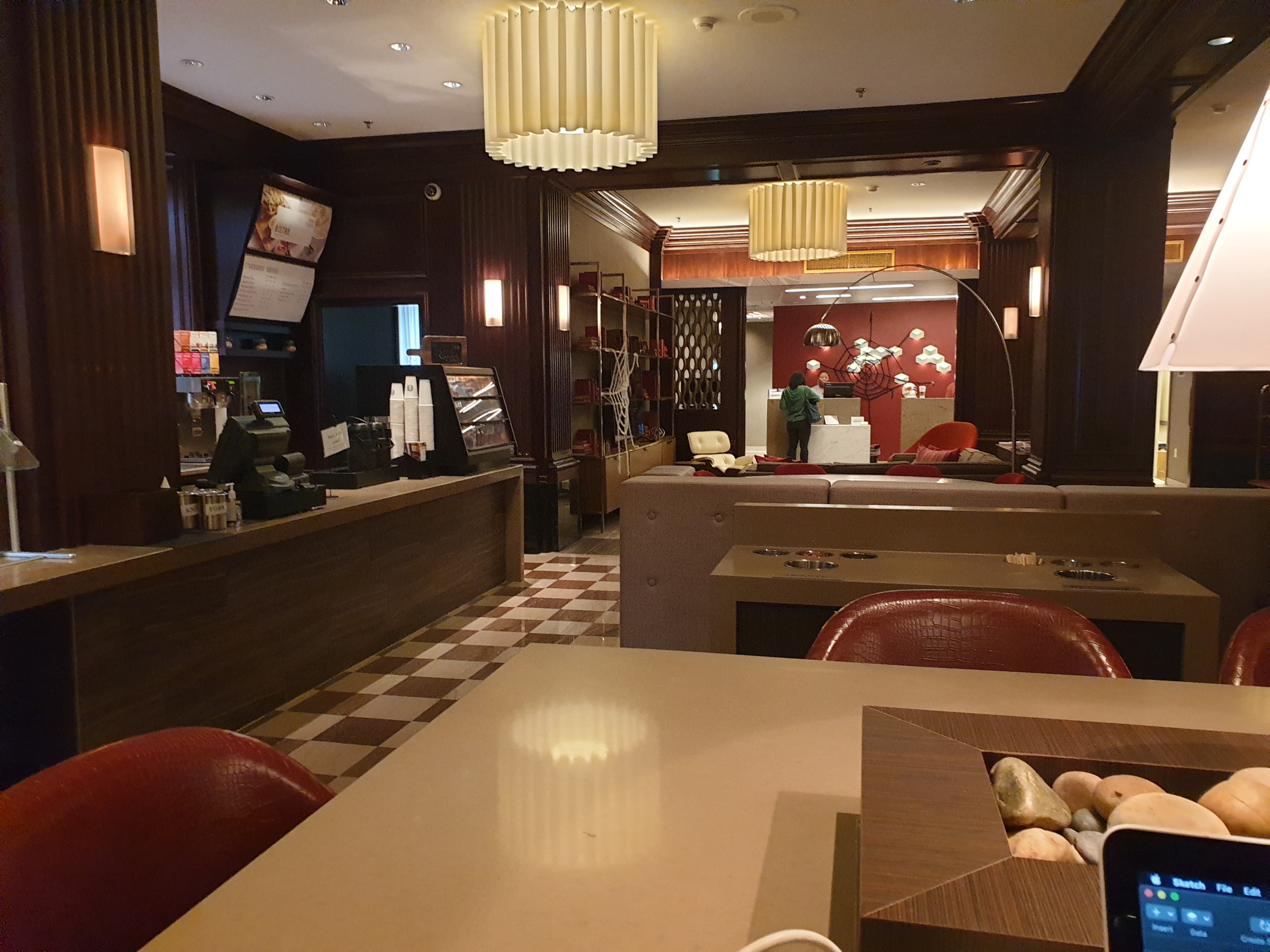 As you would expect, the Courtyard by Marriott hotel was full of WordCampers decked out in WordPress swag. It also had a spacious bar area to work at with a fairly decent selection of Whiskeys which would be consumed at regular intervals on this trip.

Setting up the Booth 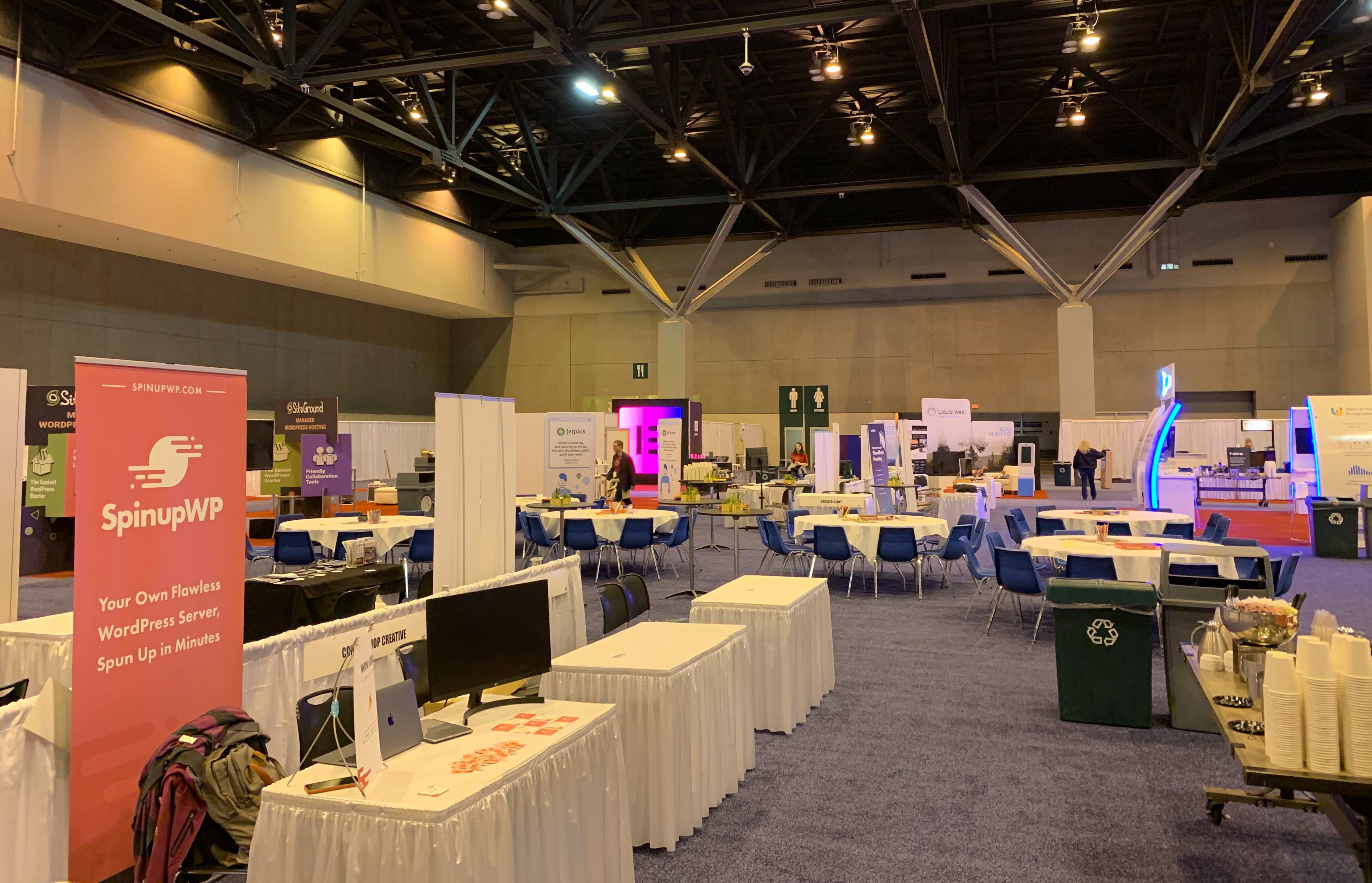 Logistically, setting up a booth properly requires quite a lot of work in advance.

Any branding or merchandise you plan to take with you has to be designed, approved by WordCamp organizers and then shipped/dragged to the conference. More often than not this is quite a long, drawn-out process.

Luckily, the team was well prepared and had all of the SpinupWP merchandise and equipment that we needed sent to a local FedEx across the street which was extremely convenient.

Our booth was in between three other sponsors and the tables at each spot were far more congested than we’d hoped. It meant that our large, standing roll-up banner had to be placed behind our table, hiding the Delicious Brains logo. I’ll come back to this later…

We had t-shirts, stickers and webcam privacy covers to give away, as well as the chance for someone to win $1,000 in SpinupWP credits! This was how our table turned out: 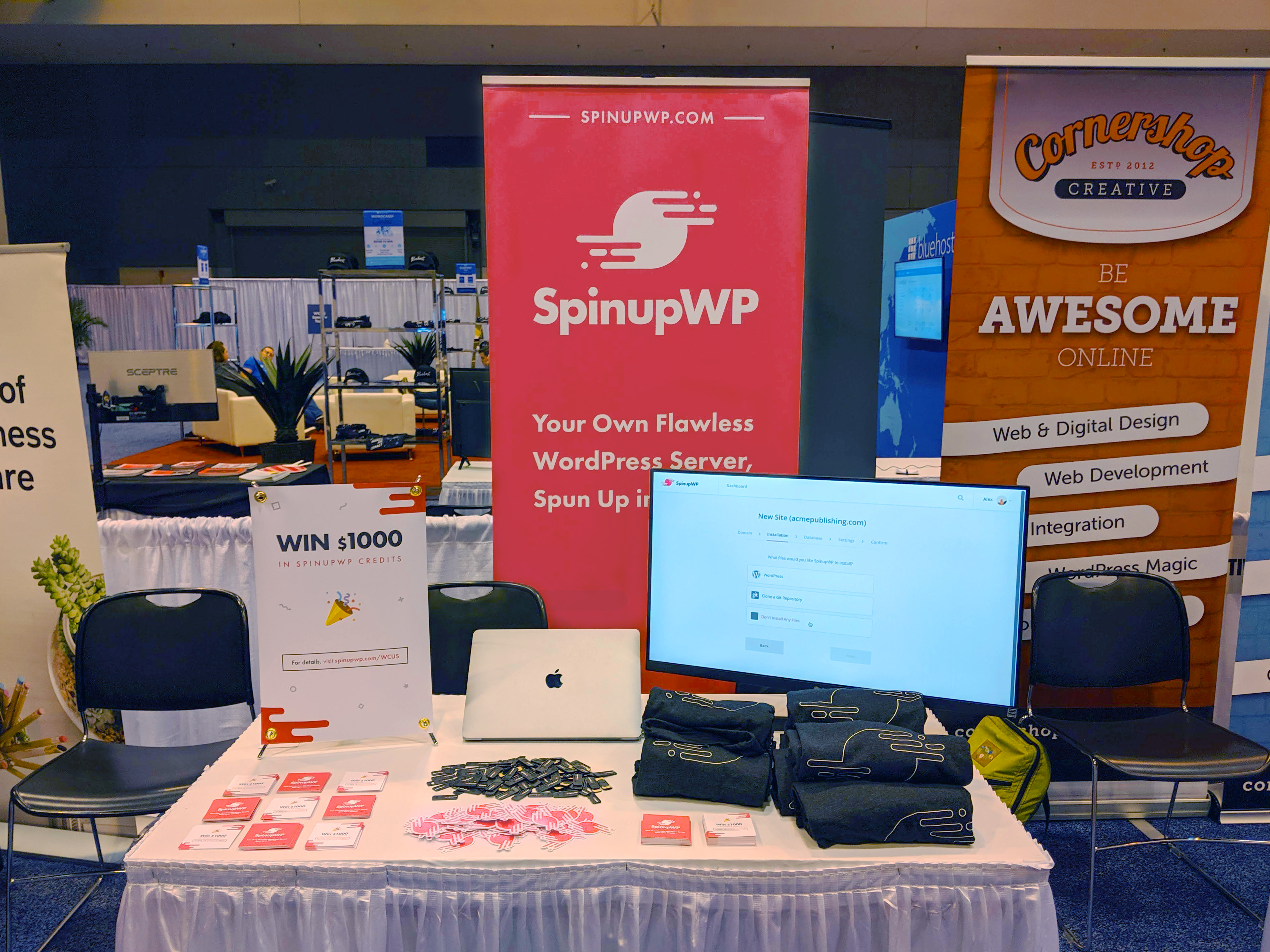 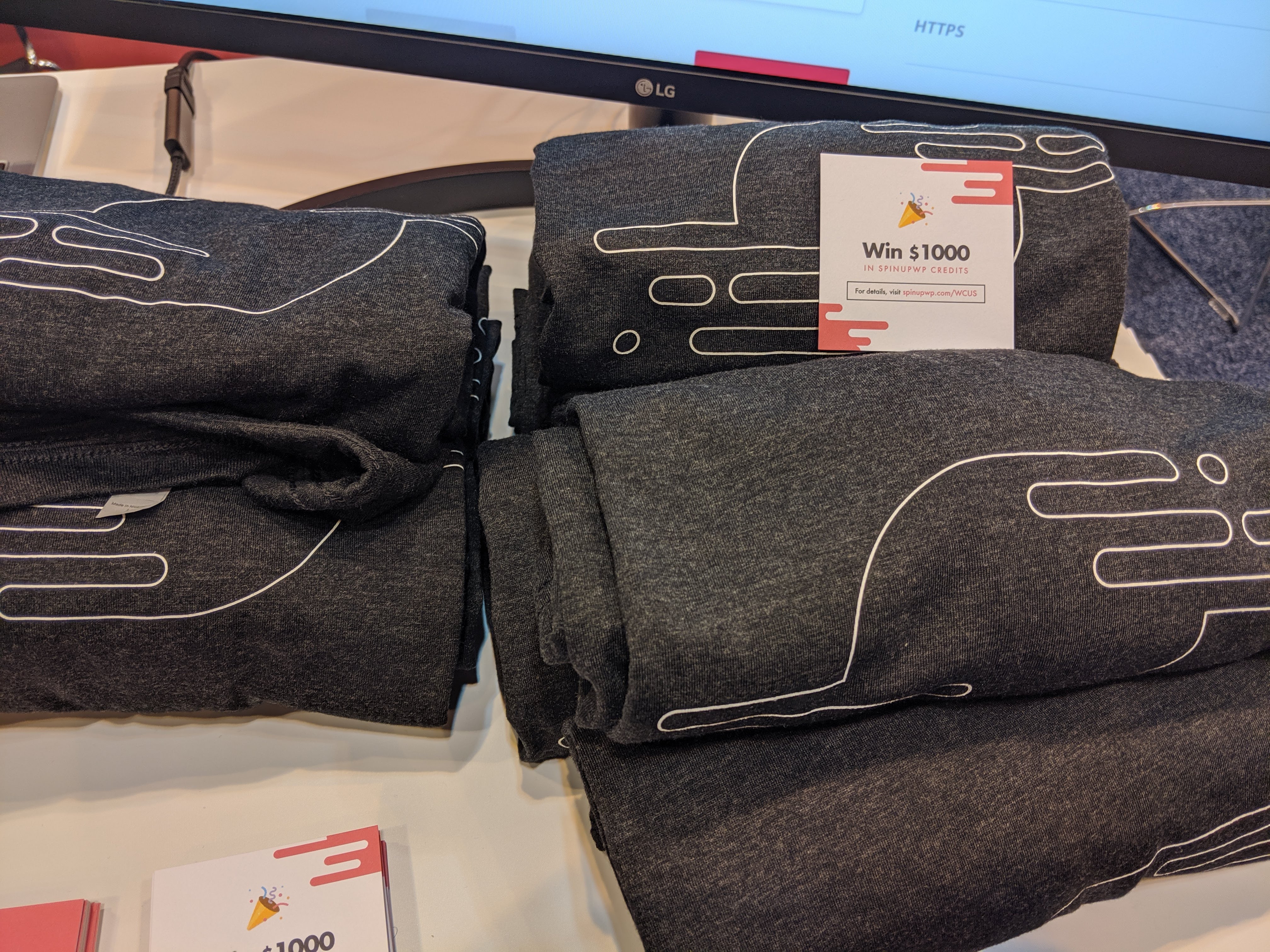 The main goal when sponsoring WCUS 2019 was to raise awareness for SpinupWP. We wanted to gauge if people had heard of us or recognised the brand.

.@WordCampUS folks: visit the @spinupwp booth soon. They are running out of t-shirts and patience with my photo taking abilities. #WCUS pic.twitter.com/290fooCPZp

We also wanted to learn from existing customers what they liked about the product, their pain points and what features they wanted most.

The overall reception for SpinupWP was great! There were lots of customers that said they couldn’t live without it anymore and it was great to get this validation in person.

We also had some customers tell us about what they thought was missing from SpinupWP. Luckily, most of the features mentioned were ones the team were currently working on such as one-click staging sites and domain redirects.

What surprised me the most was the number of people that approached us just to say that they had followed the development of SpinupWP for a long time, but hadn’t had a chance to use it yet. The reason was always that they had 100+ sites on their existing managed host and couldn’t dedicate the time to migrate them all over. That’s fair enough, though we couldn’t help but suggest they just start with one site.

It was also interesting to see how many people did not know SpinupWP was created by Delicious Brains Inc. As I mentioned earlier in this post, the sponsor tables were pretty congested meaning that for half the event, our large, standing roll-up banner had to be placed behind the table which meant the Delicious Brains logo was hidden.

When talking to passers-by at our booth, each time I would mention that SpinupWP was a creation from Delicious Brains, the typical response was, “Ohh. You’re the Migrate DB Pro guys!”.

Hey #WCUS – the @spinupwp team is giving out shirts if you stop by the booth wearing a @wpmigratedbpro or @wpoffloadmedia shirt 👀👕 pic.twitter.com/1Vepjb24bj

It was a great experience to talk with our customers and meet some potential new ones too! I have to admit though, standing up and talking all day is pretty exhausting (particularly if you were mixing drinks the night before).

We Have a Winner

Congratulations to Lew A. for winning $1,000 dollars in SpinupWP credits! You can use SpinupWP for free for the next seven years! 😃

What We Learned for Next Time

It’s very difficult to pre-empt how much space you will have to work with. So in future, I would take this into consideration and make sure that taglines and call to actions on banners would be visible and not hidden by a table or another object.

We could also explore more options for giveaway swag. A few of us had a mini brainstorm and thought of some ideas we could use next time that play on the brand concept of “spin”, such as fidget spinners, frisbees and spinning tops.

Lastly, if you have it in the budget, it seems the most effective way to get people huddling around your booth is to give away the latest iPhone or even wads of cash.

Wohooo!!! Thanks for the cash #WCUS #greengeeks pic.twitter.com/r23TpskhyQ

Due to the fact that we were a WordCamp sponsor, we didn’t have much time to attend many sessions.

I did manage to catch a talk by Maddy Osman on “How to Perform a Quality UX Audit on a Budget”. It was a pretty informative talk and the biggest thing I took away from it was this Pro tip:

When designing a website for a client, do a small round of user testing and a UX review on the main competitor site in order to see what users like and dislike about it.

I also got to chat to Maddy a bit after the talk and discussed our experiences with user testing biases.

The main event was undoubtedly the “State of the Word” talk by Matt Mullenweg about the future of WordPress. As you might have guessed, Gutenberg was the main topic of discussion as well as if the classic editor would cease to exist.

You can watch the talk in its entirety below:

The biggest highlight for me personally was finally meeting some team members face to face. It was also great to have a few drinks and laughs in the evening.

Another was going to the Sugarfire Smokehouse to have some authentic St. Louis barbeque food. I had a chicken biscuit which was pretty good and Ash had a rack of the famous St. Louis, house-smoked ribs (sadly, he said with confidence that he’d had better ribs elsewhere). 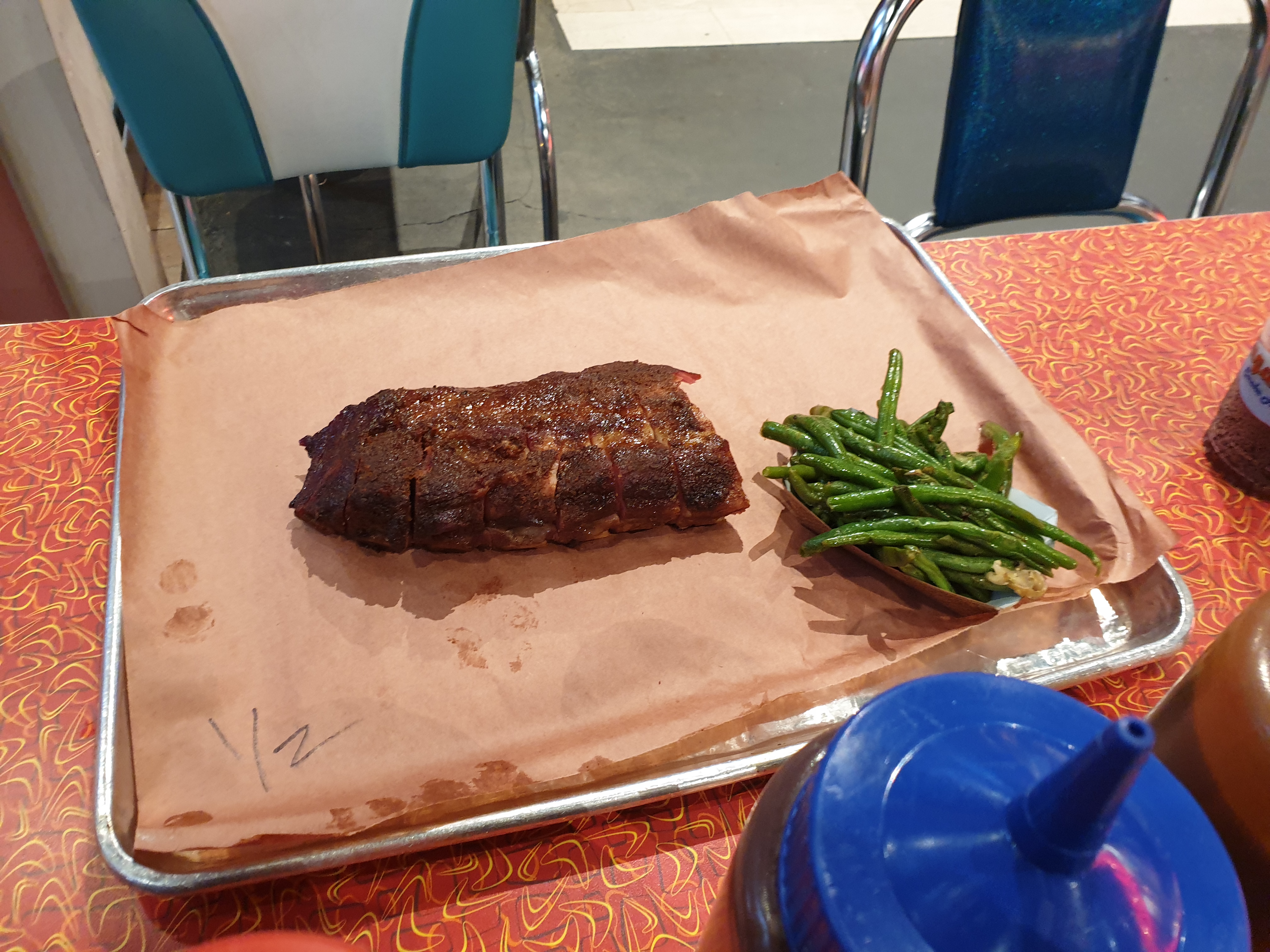 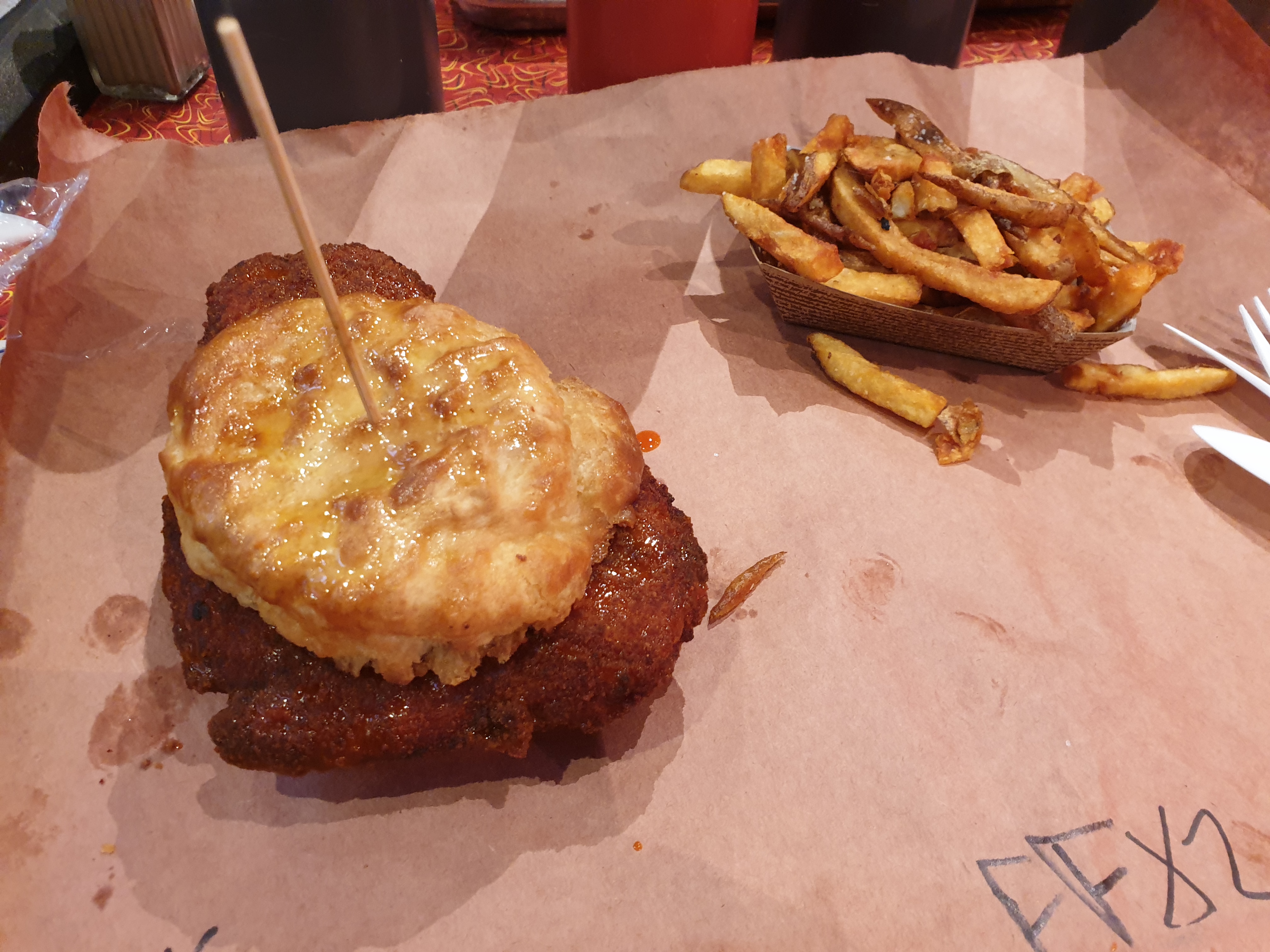 A big highlight was attending the official after-party at the City Museum. This place could only be described as a giant playground for adults. Personally, I thought it was pretty cool but the layout was a tad confusing and so much so that we completely missed the giant Ferris Wheel on the roof! 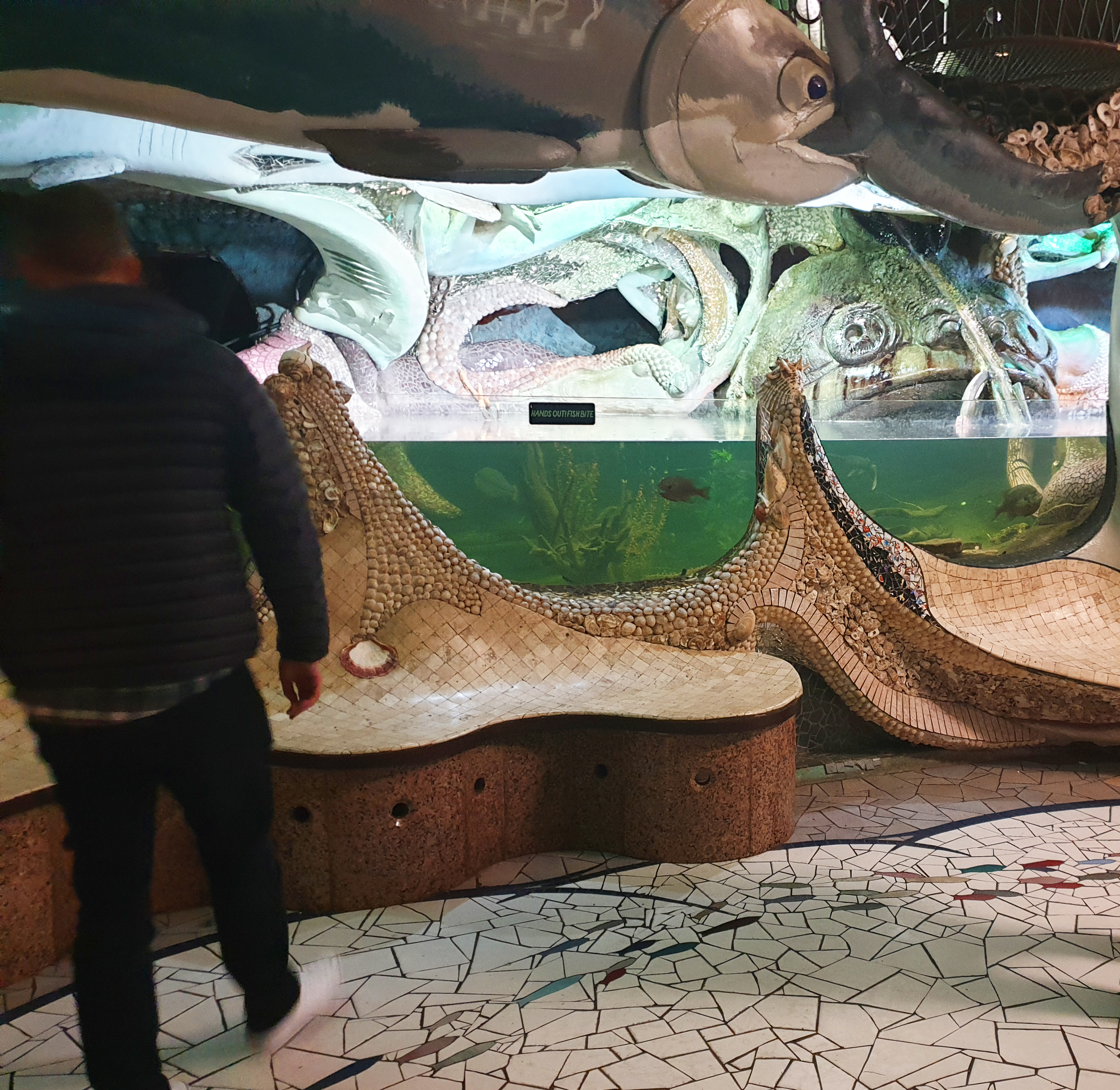 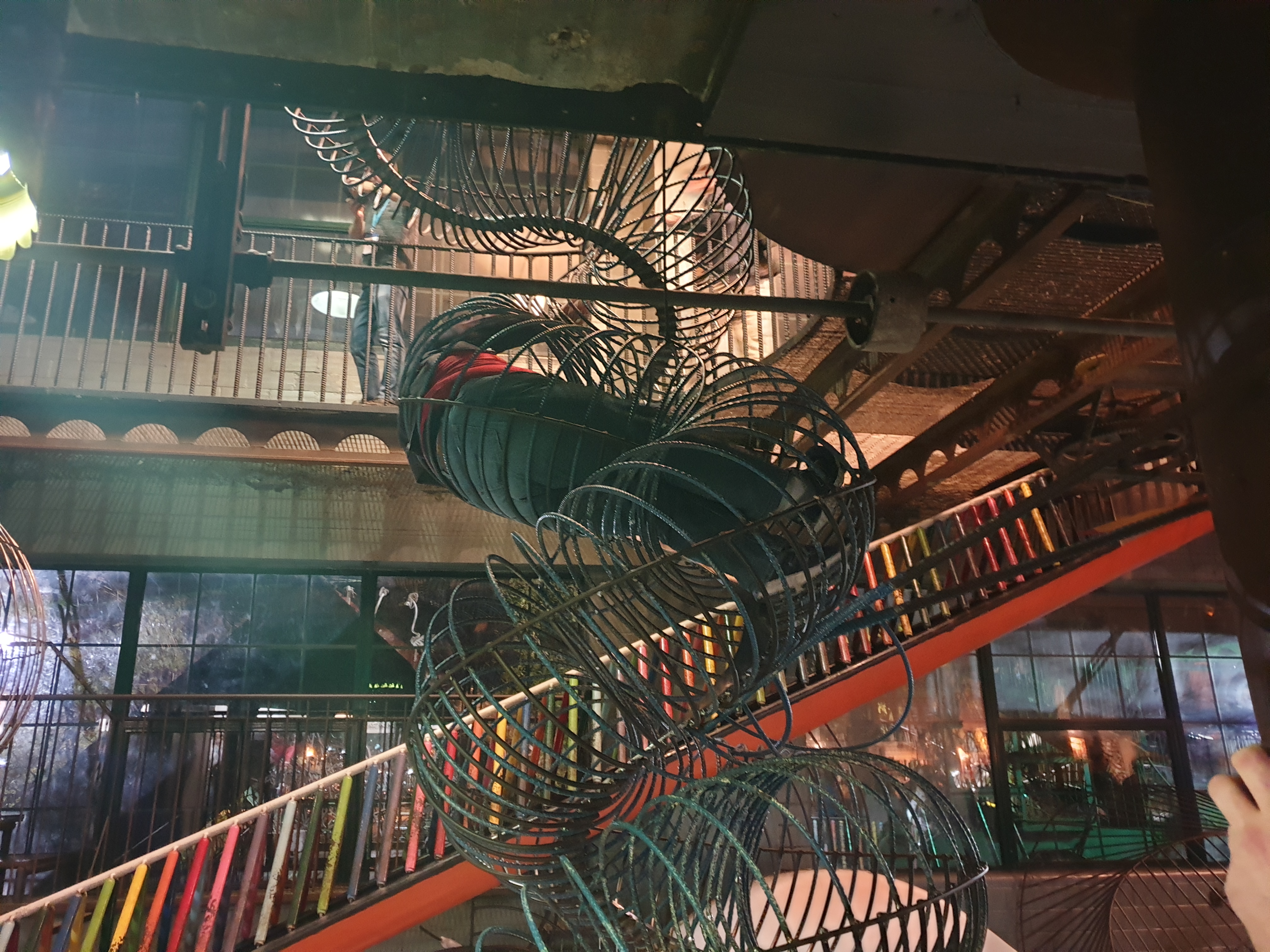 We went down a couple of slides, stared at some fish (Piranhas I think!?) and played chopsticks on an old broken piano. Also… this fisk tank thing: 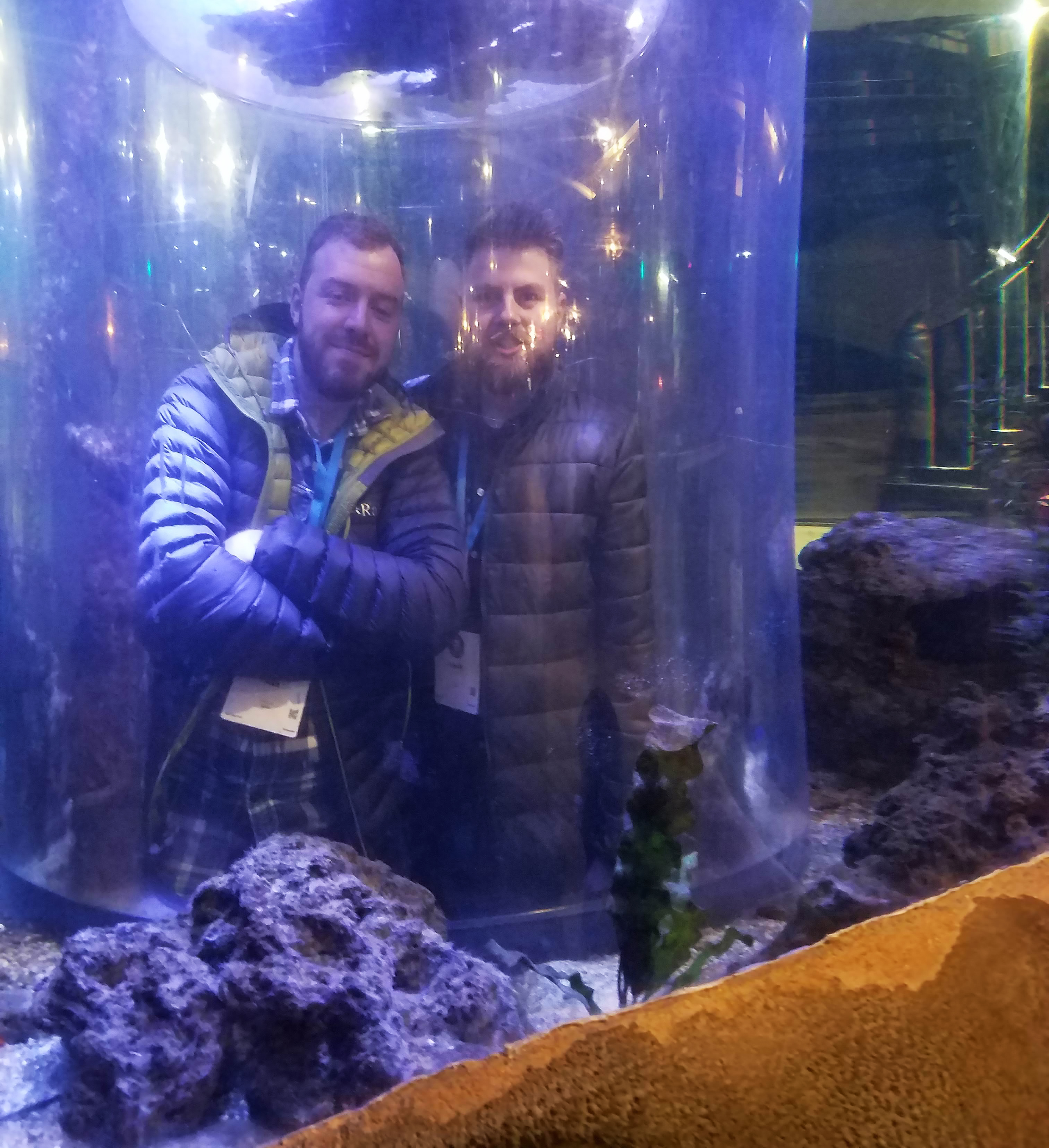 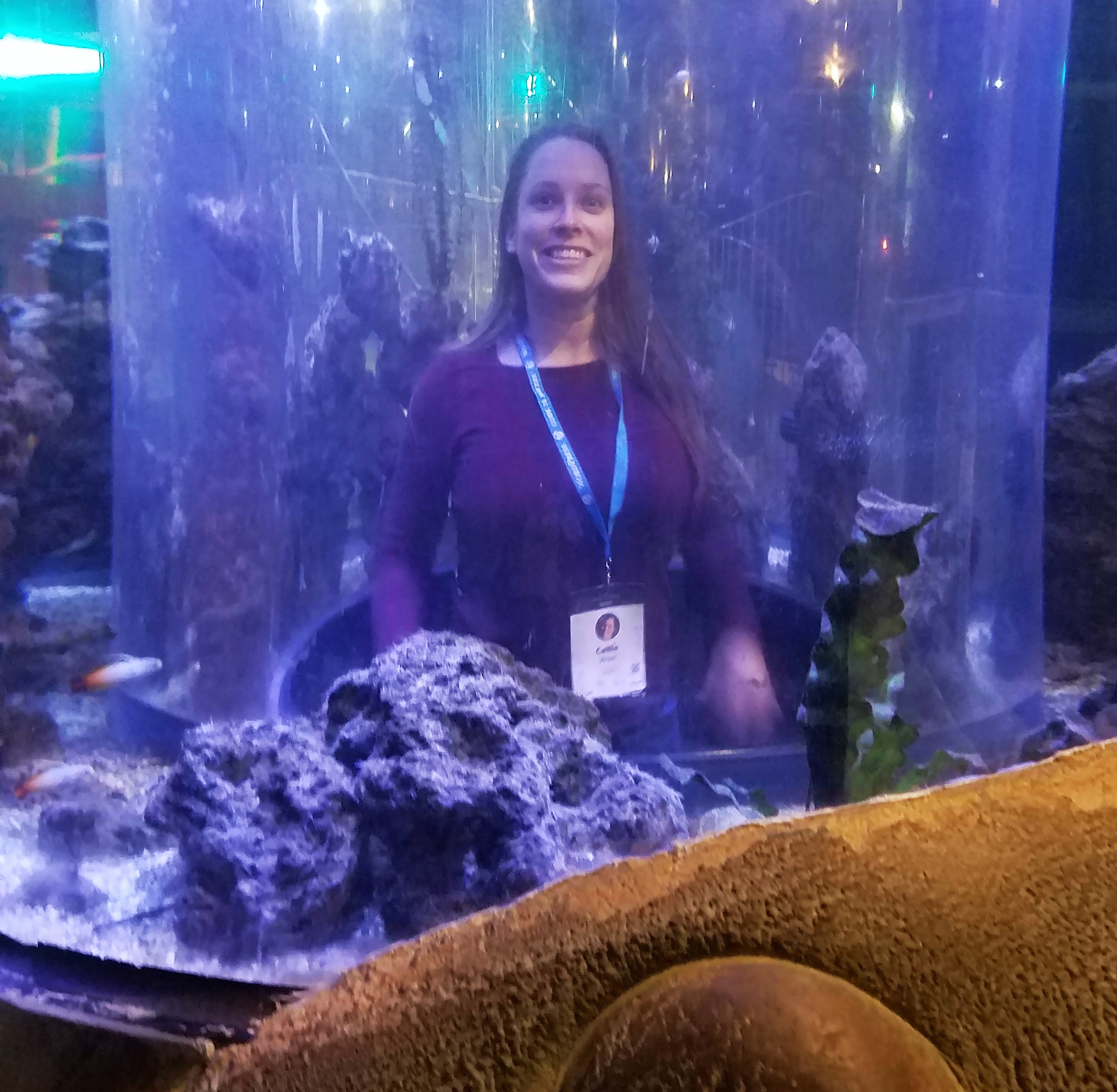 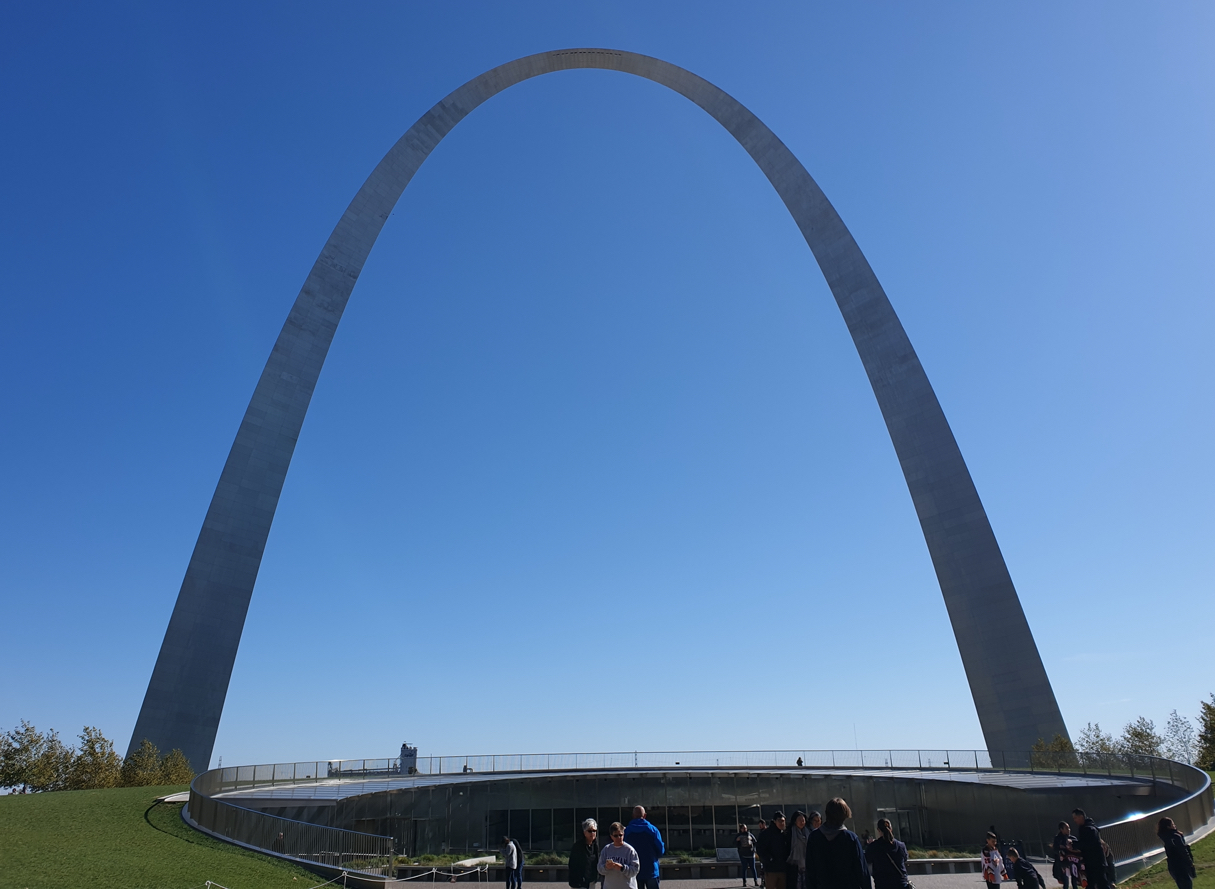 Our trip to WordCamp US was short but great. It was awesome to finally meet some of the team and learn more about the WordPress ecosystem. I particularly loved how friendly and enthusiastic the community was.

By the end of the event, I had spoken to pretty much every sponsor and dozens of others about their involvement in the world of WordPress. It’s hard to come away from something like this and not feel inspired.

Did you attend WordCamp US this year? What were your highlights? Or perhaps there’s something else you’d like to know about our trip? Let us know in the comments below.